This series guide covers the very basics of Web and the building blocks of a Web server.

If you have ever wondered on how a Web server works and have a basic knowledge of Ruby, this guide is for you.

Essentially, the main elementary units of a web server are:

Client-server model is a networking structure that allows different devices connecting to each other over a computer network, being local or public (Internet). 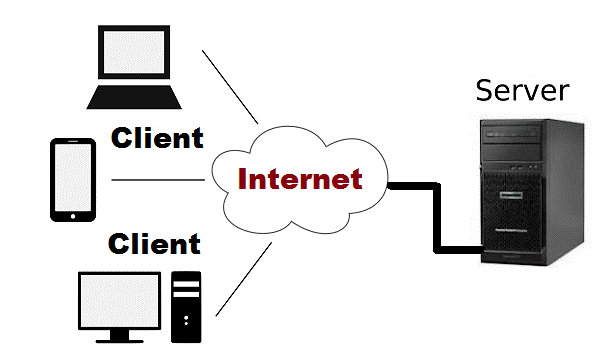 In order to establish a client-server connection, it's essential to indicate some kind of "agreement" among devices. Such agreement holds information like devices location, message being sent and so on.

This is the communication protocol, composed by layers ranging from physical material up to application traits.

We won't dig further into all layers but focus only on layers that contain TCP and HTTP. The following image illustrates the communication layers and its protocols:

Transmission Control Protocol is one of the main transport protocols in the OSI model. It embraces reliability and is responsible to deliver a message from one point to another.

In each device, we have to open endpoints that will be used by the TCP to send and receive data. A single computer can open and close thousands of endpoints. Those endpoints are called Sockets.

In Ruby we can implement a TCP client-server by using the package socket which is included in the standard library.

Let's create a TCP client using test/unit, which means: the test will be the client.

If we try to run the test (ruby tcp_test.rb), we'll get the following error:

Which means there's no opened socket server in the port 4242 of localhost. Let's make the test pass.

Because the server must run in a separate process, we have to first:

Expectation: the test should pass and the server should terminate.

This post was the first part of series and an introduction to the client-server model along with building a simple TCP server in Ruby with TDD.

In the upcoming posts we'll learn about HTTP.