Quicksort is a sorting algorithm designed to have a reasonable time complexity.

In average, most implementations of this algorithm are capable of coming to O(n log(n)). It is implemented by many programming languages and platforms, being one of the most important algorithms for sorting.

Although it's especially important to understand this algorithm, its implementation is not that hard to realize.

The above code only cares about partitioning the list into (un)sorted smaller and larger elements than pivot. If we repeat the process for each sub-list and place the pivot in the middle, we may end up having the following solution:

Consider the above explanation just a Quickstart (pun intended) to understand the overall algorithm.

For many, it's not straightforward to understand recursion, which is why this guide will try to dissecate the internals of Quicksort using Test-driven development, a great technique and good practice that I use on my daily-basis, mainly when I'm trying to experiment and understand the unknown.

Baby steps to the rescue

When doing TDD, we are encouraged to work in small cycles, or baby-steps, in order to fullfil the red-green-refactor iteration.

Such technique can help us to understand the Quicksort algorithm. Due to its nature of divide-and-conquer, it's a perfect fit for breaking down the steps through the TDD cycle.

First of all, we write a file named quicksort_test.rb, which will have our bootstrap code:

This dummy code will start by sorting an empty array. Run ruby quicksort_test.rb. The output should be as follows:

For now, we will write the sort method in the same file for the sake of simplicity. 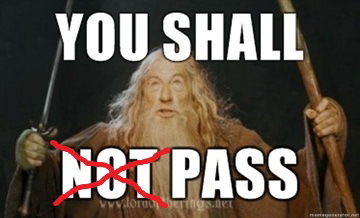 We can start the implementation by choosing the pivot. Already mentioned that, in this guide, we will choose the first element.

But there are reasons where choosing the first element as the pivot is not the best performant scenario. This is for learning purposes only, as you can later adapt the algorithm to use another approach for the pivot.

Then, we should get the remaining list (all elements but the pivot):

Next step, think about the partition, which takes

Why are we starting the smaller/larger arrays as empty? Because we will run this method recursively.

A bit of recursion

Ok, but what's recursion? In short:

The above code will run forever, taking all of the memory's process, resulting in a stack overflow.

We MUST place a stop condition before the recursive call, otherwise we would never stop it:

Now, the following example is how we WANT to call the partition. Hold on, I know the method doesn't yet exist, but we are doing baby-steps. A bit of pseudo-code:

Let's write the first test for the partition in which there's no remaining numbers. A scenario where all the elements were already partitioned (not yet sorted).

Why we are writing this scenario first? Because we know that, when there's no more elements to partition, we can stop the recursion and return the accumulated smaller and larger sub-lists.

This first implementation means that, when the remaining list is empty, we can safely return the sub-arrays and stop the recursion.

Here, the remaining list is not empty, so we should think on "what is a partition".

We can think of a partition being a method/function that takes a pivot, a list and accumulated smaller/larger arrays related to pivot.

How can we do this recursively?

It's not an easy task to write a test that detach the logic of a recursive piece of code. But we can isolate the logic that is responsible to reduce and accumulate, and place it to another method.

So in the partition method, we'd have a separate call to the next_partition before the recursive call:

Let's then write a test scenario for the next_partition method:

It may be confused at first but we can interpret this test as being:

So, for the next iteration, we have the following data:

Let's think: the next_iteration should compare the pivot with the first element of remaining list, and decide if the element should be added to the accumulated smaller or larger arrays!

Our recursion would stop here because there's no "next tail". All of the initial list was reduced.

In case we had unsorted smaller/larger arrays, we would repeat the process all over again for each sub-array.

Now, we could concatenate the results according to our initial sort logic:

But we don't have the code yet. Looking at this pseudo-code examples, now it's easy to think on the next_partition logic:

We can test more partition scenarios:

The examples above do not apply the “in-place” rule of Quicksort.

Performance may be degraded in time complexity, but the main point here is to demonstrate the overall logic of Quicksort.

The final code can be seen in this Gist.

In this guide we covered the fundamentals of the Quicksort algorithm by using test-driven development. We also did learn a bit about recursion and how to test recursion (manually or not) by isolating the methof/function responsible for reducing/accumulating for the next iteration.

I hope it could be helpful somehow. Feel free to drop a message or comment.